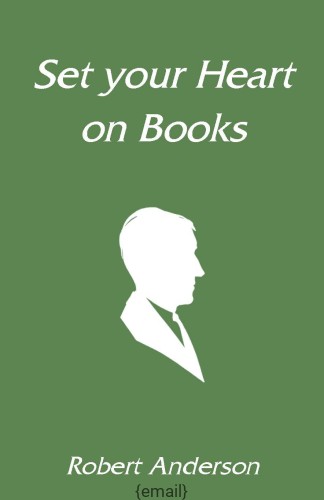 Robert Anderson studied Classics and Egyptology at Cambridge, England. During his time there the library of the music department was next door to that of Egyptology. This involved much lingering in the former and slow progress towards the latter. Eventually the music librarian, who was a good friend of the founder and editor of Record News, claimed that this visitor from other disciplines knew more about Bach than anyone else he had come across in Cambridge, where he had also started conducting.

The first volume of his collected music criticism, Opera Nights and Nightmares, appeared in 2015, collating articles from his varied career as a music reviewer, including recent contributions to the online magazine Music & Vision. The author died in November 2015, having left the present volume ready for press.

The title of this book comes from ancient Egypt. Much advice for the New Kingdom schoolboy has survived. He was recommended above all to set his heart on books (or rather papyrus rolls). Alternatives were dismal. He might take to wine, women, and song, beating time on his paunch, tumbling finally into the gutter.

Turning the pages of a book is an excitement in itself. It is impossible to tell with certainty what may come overleaf. Momentarily the book may have to be laid aside, while a temporary hare has to be chased elsewhere, in some other book, a dictionary, encyclopaedia, Britannica, or indeed the Dictionary of National Biography. And then there is the wonder of a good index, either comprehensive as a unit or sectional.